Theme: Exploring the Advancements in Oncology 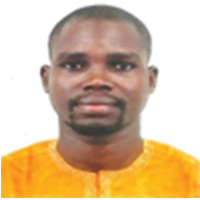 Dr. El Hadji Seydou Mbaye was born in 1978 in Kaolack a region of Senegal. During 2008-2013, he earned his PhD in Biology and Human Pathologies with the collaboration of the International Agency for Research on Cancer / World Health Organization, (IARC/WHO), Lyon (France); He obtained a Master’s of Life and Health, Specialty Biology of microorganisms, Virology; a Master’s of Life and Health, option Immuno-physiopathology; a License of Biochemistry in Louis Pasteur University of Strasbourg (France); and a General Degree in Sciences and Technologies in University of METZ (France). He was certified Grade 10/10 by the Federation International of Gynecology Obstetric (FIGO), the Accreditation Council of Oncology in Europe (ACOE), and the Institute Catalan of Oncology (ICO). These credits were recognized as Physician’s Recognition Award (AMA PRA Category 1) by the American Medical Association. He was awarded as International Outstanding Scientist Awards 2020, Awarded as the Best Researcher Award 2021, by VDGOOD. He was certified, by the United Nations, by IARC/WHO. He has published 1 Book with a style of philosophical story. Author of the World Program against Cancer in Low and Middle Incomes Countries, he is lead author of more than 90 peer-reviewed research articles published in reputed journals. Dr. Mbaye is Editor-in-Chief of 4 journals, Editorial Board Member of 157 International Journals, and then he has Edited/Reviewed 234 peer-reviewed articles. He is member of Allied Academies, member of the World Society for Virology (WSV), member of World’s Leading Virologists Group: Facing to Covid-19, member of U.S. National Academies of Sciences, Engineering, and Medicine (NASEM): Societal Experts Action Network (SEAN), and also, member of BCNet International Working Group, IARC/WHO. Dr. MBAYE has formed for free, more than 250 Healthcare Professionals for the techniques of cervical cancer screening in Senegal. He has screened for free more than 2000 women for cervical cancer in Senegal. He appeared on local media, 2S TV, Leeral.net, Mbour TV, Sen TV and 7TV.

INTRODUCTION: Worldwide, one in eight deaths is due to cancer. Projections based on the GLOBOCAN 2012 estimates predict a substantive increase in new cancer cases per year by 2035 in developing countries if preventive measures are not widely applied. According to the World Health Organization (WHO), millions of lives could be saved each year if countries made use of existing knowledge and the best cost-effective methods to prevent and treat cancer. Therefore, the aim of this study is to estimate a provisional budget against cancer in low and middle incomes countries, according to the GNI-PPP, the cancer incidence, and the population.

METHODS: Economically country classification is determined by the Gross national income (GNI), per capita, and Purchasing power parity (PPP), according to the administrations of the International Monetary Fund (IMF); the World Bank (WB), and the Central Intelligence Agency (CIA). Cancer incidence data presented are based on the most recent data available at IARC. However, population compares estimates from the US Bureau of the Census. The provisional budget is established among the guidelines developed by WHO for regional and national cancer control programs according to national economic development.

RESULTS:  A compilation of 91 articles representing 91 Programs against cancer in low and middle incomes countries are determined.
CONCLUSION: Provisional budget against cancer is estimated to be 51,477,422.00 (thousands of U.S $) for a population of 3,682,702.05 (thousands of people), in 91 low and middle incomes countries worldwide, according to the GNI-PPP, the cancer incidence and the number of population.

Drop us an email for Program enquiry
oncology@scientexconferences.com